*Note that this was actually the first blog post written, but the snow left prior to it being published.  Oops.* 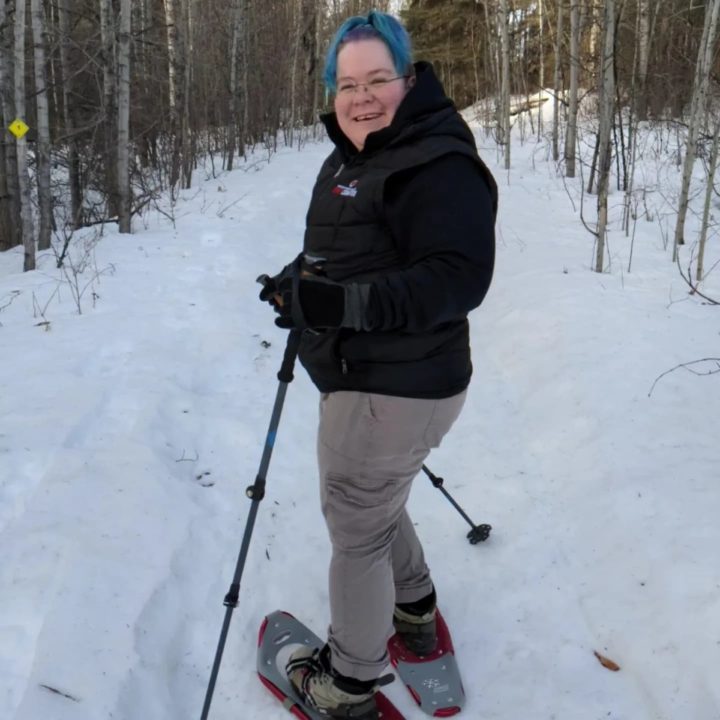 As someone who has never considered themselves to be ‘sporty’ at all, I am new to the sport community in which I now find myself working.  We are using that to our advantage.  As someone with basically zero knowledge of this industry, how do I explain what we do to people?  How can we show people that sport is for everyone and not just young, fit, lifers?  That sport can be affordable for everyone?  One way we decided to show this is by sending me out to try a new sport each month and blogging about it.  If I can do it, pretty much anyone can do it…and it was my idea.  Let’s start with something I have always wanted to try but never managed to get around to…snowshoeing.

The weather was comfortable on that January day and the ground was covered in a decent layer of snow which was then covered by a thick crust of ice thanks to the recent warming and cooling pattern of the weather.  Not to be deterred I strapped the snowshoes onto my feet. It involved a lot of grunting, some contortionist moves and an extra pair of hands but I succeeded.

After a few tentative steps to see how ‘all this worked’ we were off along the trail.  My boss asked me “How do they feel?”  to which I replied, “It feels like someone strapped pizza boxes onto my feet.”.

Not too far down the path we paused to take some photos because a blog need photos.  “Stop looking at the camera and walk.” “I’m posing here!”

After we resumed walking, along came a challenge which I reacted to in typical overthinking mode… “Is that a hill?!  I am not ready for a hill! Aaaaahhhh….Oh, that wasn’t too bad.”  It was more of a bump but in the heat of the moment it looked dangerous.

We trekked along in mostly silence for a while until we realized that the trail was gone and we were very likely lost.  Or as lo 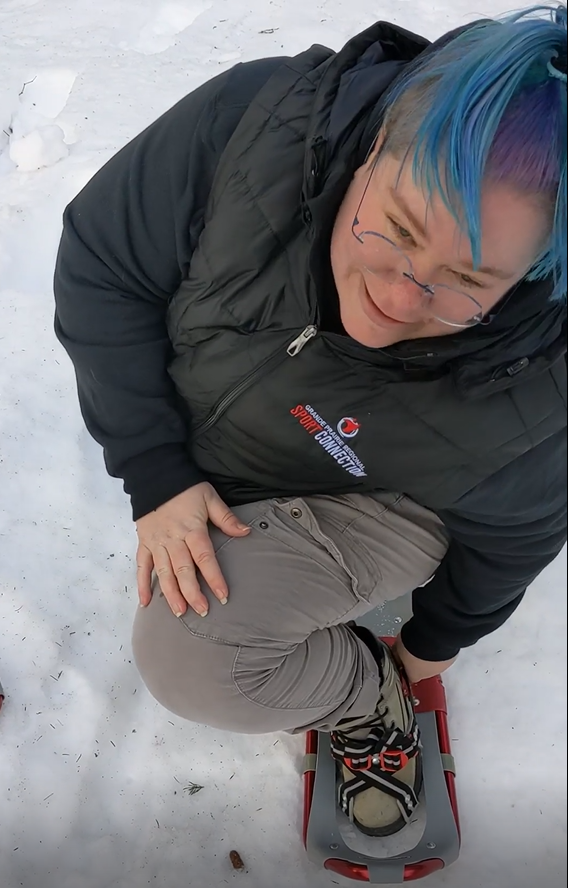 st as someone who can turn around and go back the way they came can be.  We pressed on for a while because surely ‘the trail was around here somewhere.’  After another 15 minutes or so we turned around and trekked back the way we had come.

It was a load of fun and not too physically trying.  It was great to get outside in the fresh air and be active.  Had there been deeper snow the physicality of it would have increased the amount of effort required by a large amount, so I feel that I will need to try it out again in deeper snow.  Additionally, my snowshoes were borrowed and one had a broken strap which caused issues a few times along the trail. Luckily, I had trekking poles with me and they were the only things that stopped me from faceplanting on numerous occasions.

Cost-wise, snowshoeing is great because it can be done completely for FREE in the region.  Snowshoes can be borrowed from the Grande Prairie Public Library’s ‘LIBRARY OF THINGS’ for free.  There are many great parks and places in the city to strap on the snowshoes and take a walk.

Snowshoes can be borrowed from the Ernie Radbourne Pavilion at Muskoseepi Park for $4.00 a day and must be prebooked. More details HERE.

The County of Grande Prairie has snowshoe rentals at the following locations:

More information about renting snowshoes from the County of Grande Prairie can be found HERE.  They also have a great trail monitoring page that let’s you know the condition of the TRAILS and if they have been groomed or not.  I know I am itching to try the new Pipestone trails one weekend. (They are not open on weekdays.) 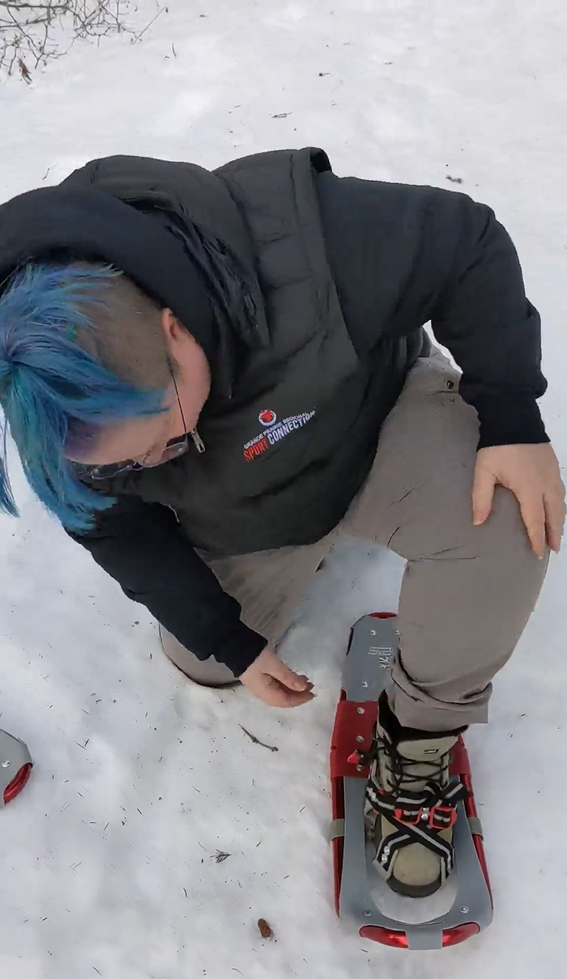 Grande Prairie Tourism has a great article on snowshoeing in the region which can be found HERE Note that pricing for the Wapiti Nordic winter day pass has changed since the blog was published and is now $13.00.

We went to WAPITI NORDIC SKI CLUB for our trek.  I would suggest you check out their trail map before heading out there.

Overall, I would give snowshoeing an 8 out of 10.  I feel that I would need to try it in deeper snow to see if it’s still enjoyable. Plus, I didn’t experience the amazing workout that snowshoeing is said to be.  Cost-wise, as it can be done for as low as no cost, it’s a winner.  I will definitely try it out again in the future.

Until next time, be sure to try something new in 22.